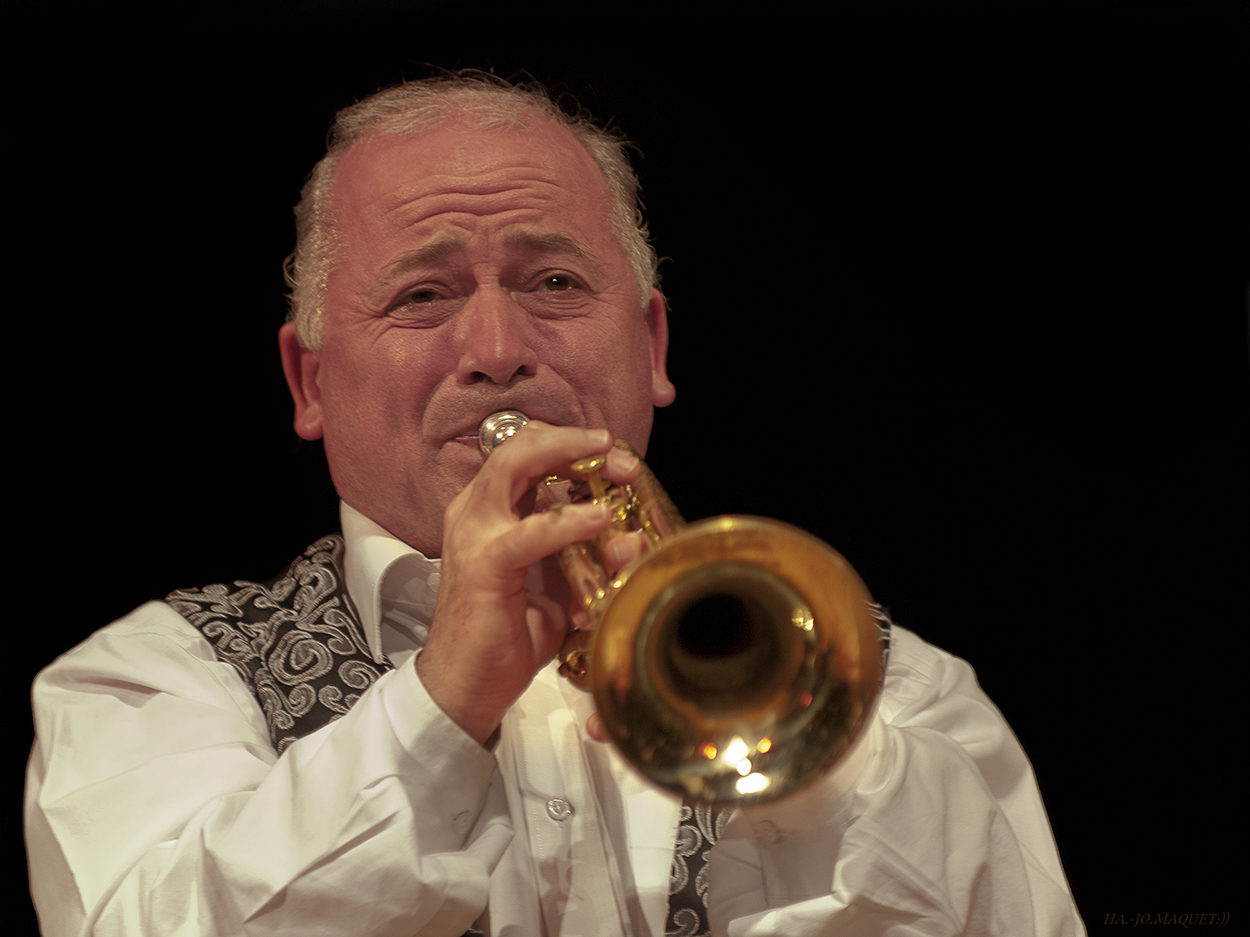 Leeds-born Enrico Tomasso started playing the trumpet at age five after listening to Louis Armstrong play Basin Street Blues. His father, a well-known clarinettist in England, took him to meet many of the American jazz greats when they visited — including Benny Goodman, Roy Eldridge, Oscar Peterson, Buddy Rich, and Dizzy Gillespie. The most important meeting of all was with Louis Armstrong, for whom he played at age 7 during Louis’ last visits to England in 1968 and 1969. This led to friendship which lasted for the remainder of Louis’ life.

His musical education was fostered by his father, who would transcribe great trumpeters’ solos, would take him to live gigs, and would provide excellent trumpet teachers for him. Enrico later went on to study at the Leeds College of Music, and then spent many years working in bands including twelve years with the Pasadena Roof Orchestra, then a long stint with Ray Gelato, and with visiting American players. Among those he has played with are Scott Hamilton, Ken Peplowski, Bucky Pizzarelli, John Dankworth, and Tommy Whittle and the Piazza All Stars.

Today he is considered a major player on the British Jazz scene, and one of the top jazz trumpeters. He has taken the award for best trumpet in the British Jazz Awards no fewer than four times – in 2012, 2013, 2016 and 2018.