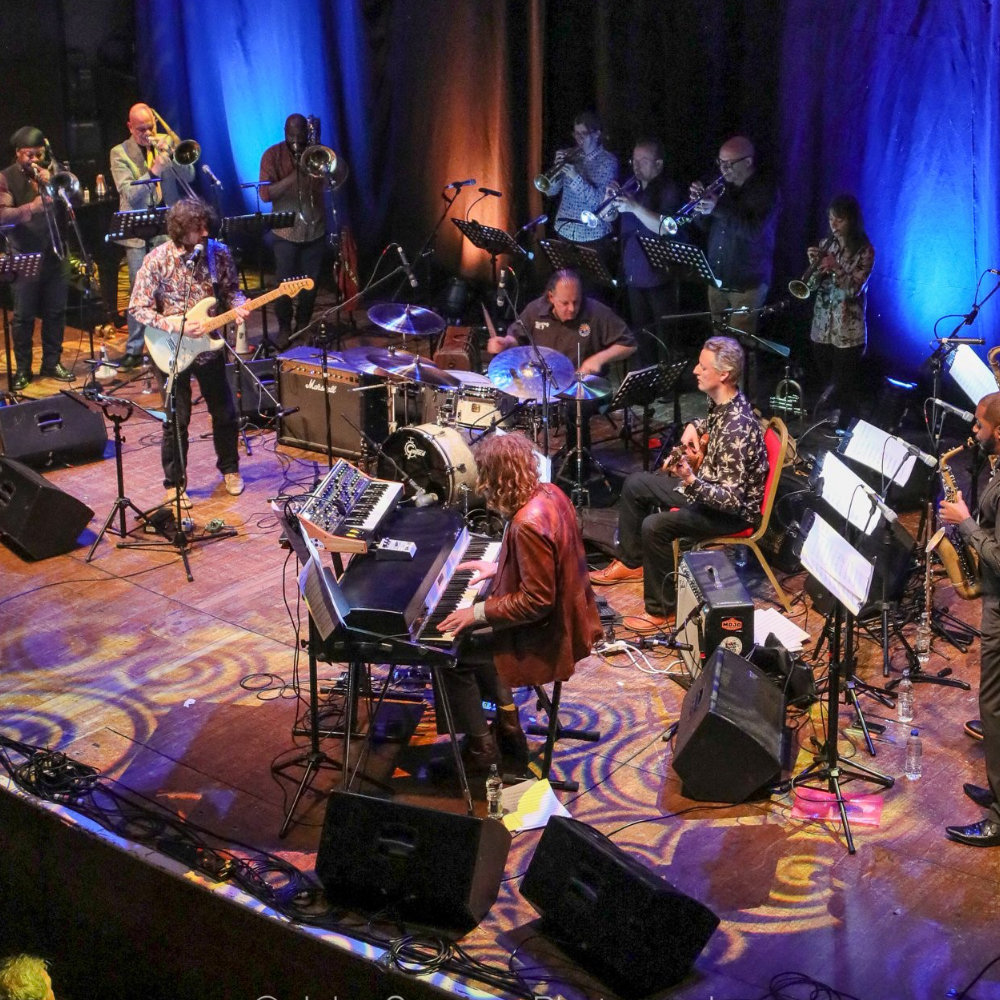 Formed to celebrate the 50th anniversary of Jimi Hendrix’s epic third album Electric Ladyland, the all star Electric Lady Big Band re-imagine the whole album, in sequence. Jimi’s 1968 masterpiece is a sprawling epic straddling the worlds of blues, funk, jazz, pop and psychedelia and was as groundbreaking for its concept as it was for pioneering new studio techniques. Inspired by the legendary Gil Evan’s re-workings of Hendrix in the 1970’s, the band plays brand new arrangements by artistic director/guitarist Denny Ilett.

It might seem an unorthdox combination – how can a big band mix with psychedelic blues, acidy rock and make them suitable bedfellows? And yet it works, as the two forces have much in common despite their perceived stylistic differences.

Electric Ladyland’s seamless combination of blues, rock, funk, jazz and pop makes it [Hendrix’s] most experimental and personal work. The challenge of transcribing and arranging this album for a 16-piece big band is one that I took on with relish; particularly as the band itself feautures many of the UK’s most celebrated and daring improvisers. We have no idea whether he would approve of our interpretation of his music but we can certainly guarantee that we will play it with the utmost love and respect for one of the 20th century’s most iconic and important musical forces.”