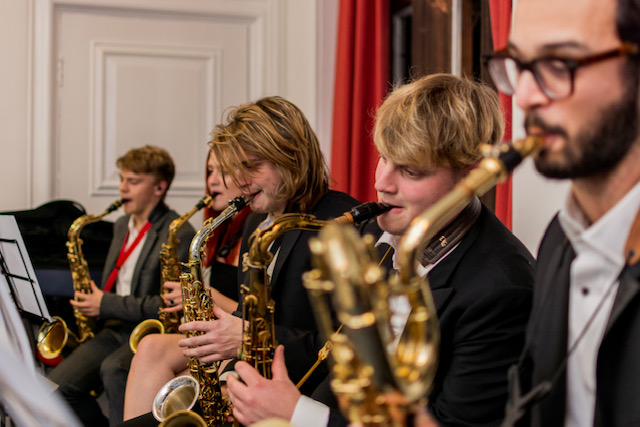 Durham University Big Band (DUBB) performs traditional and contemporary big band music in Durham and around the rest of the UK. As well as gigging regularly at university/college events and balls, the band also play at private functions and at jazz clubs in Newcastle and further afield, such as PizzaExpress Jazz Club in London and Matt & Phreds in Manchester as well as opening the Manchester Jazz Festival in 2013.

The band also regularly enters the Great North Big Band Jazz Festival, winning awards there every year for the past five years of entry. The band is especially recognised for playing interesting contemporary repertoire by young composers, some even coming from the band itself. The band often premieres new works, such as ‘Homage’ written by JJ Wheeler. This was the winner of the first annual Durham Distillery Composition Prize that was set up by the band.

Alongside the classics, DUBB play some innovative arrangements of tunes by artists such as Moonchild and the Jacob Mann Big Band, creating an exciting mix of tunes to entertain an audience.