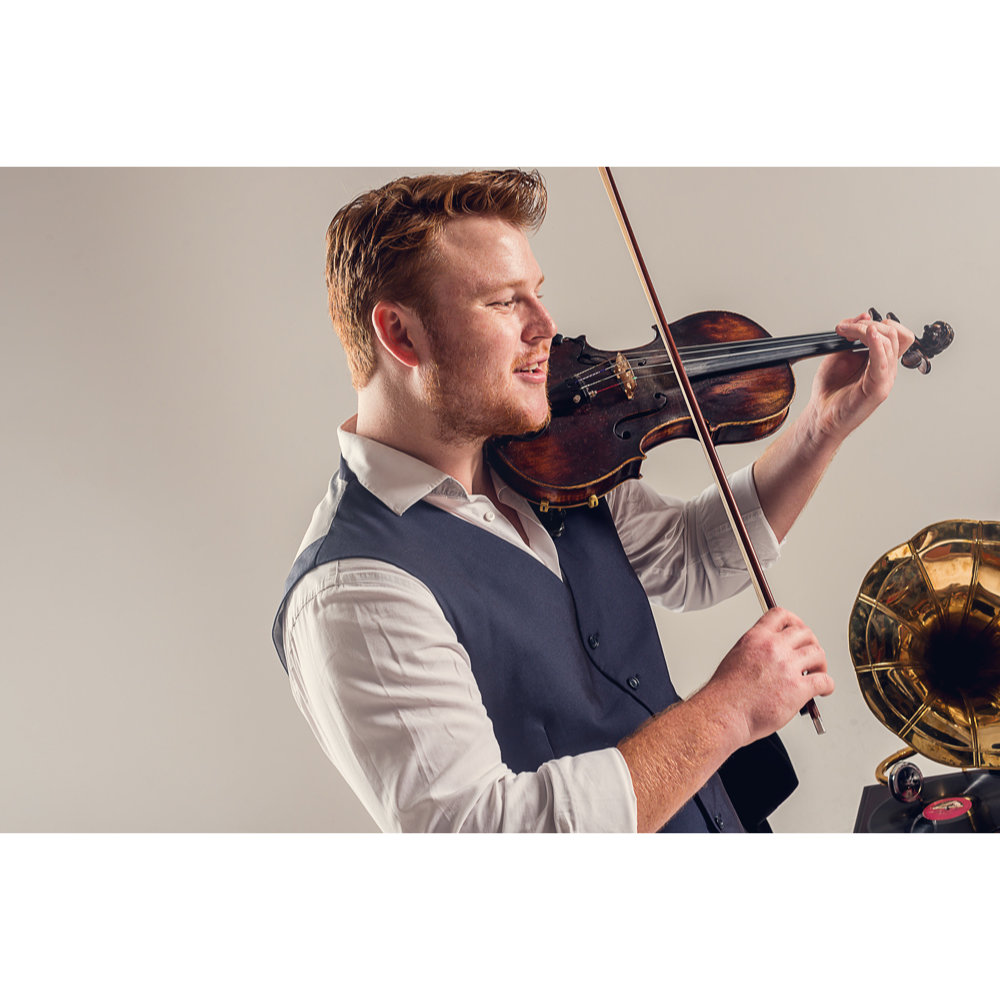 Ben Holder is one of the most gifted and exciting young jazz violinists in the UK. Taught classically from the age of six, he studied at the Birmingham Conservatoire. During his classical studies, Ben began listening to Jazz – classic masters such as Benny Goodman and Oscar Peterson and of course the great jazz violinists including Grappelli, Joe Venuti and the awe inspiring Stuff Smith.

Alongside his early studies and later at college he embarked on a detailed analysis of these musicians techniques and the way in which they merged this most classical of instruments into the jazz idiom. Ben’s innate sense of swing rhythm (something which often eludes classical players) stems from those early listening sessions – and his various awards bear testimony to his abilities. A first call jazz violinist for many of the North’s top bands and studios.

One of the most gifted and exciting young jazz violinists in the UK.

Get your feet tapping and your jaw dropping at the speed of his fingers. Top quality musicianship and utter entertainment.