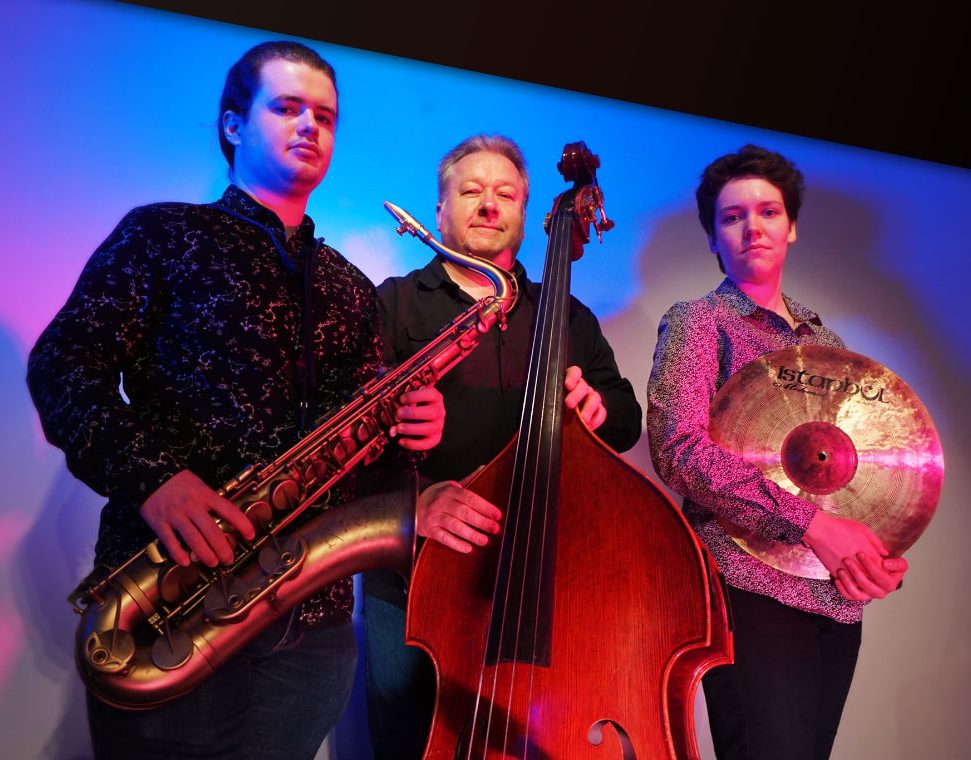 Leeds College of Music graduates and rising stars Abbie Finn (drums) and Harry Keeble (tenor sax) feature in this trio with veteran bassist Paul Grainger. They will be playing a mix of straight-ahead jazz by great artists such as Wayne Shorter, Art Blakey and Dexter Gordon, plus a few originals.

After completing her Master’s degree at Trinity Laban, Abbie performed on London’s West end in 2018 in the prestigious Pinter at the Pinter season as a cast member and drummer in the show Night School. She was praised in reviews where her playing was described as impeccable and vivifying. In the past she has performed with a variety of ensembles/artists including the Women of the World Orchestra, Simon Spillett, Paul Edis, Derek Nash and was a dep for the National Youth Jazz orchestra.

Abbie is influenced by many artists such as Max Roach, Mel Lewis, Art Blakey and Sebastiaan De Krom.

A whole lot of talent is what this young woman has in abundance.This is as good as it gets.

A masterclass in straight-ahead jazz